Shortly after the establishment of the Consultancy PMC undertook a fatal flaw and initial assessment of an underground coking coal mine in the far east Russian state of Yakutia. This was and is the first example of a room and pillar continuous miner operation in the Federation. PMC reviewed the resource and potential reserves based on the limited GKZ understanding of the geology and deposit structure and applying basic international modelling techniques. The internationally well understood mining techniques PMC observed had been faithfully applied to the operations together with the control of the underground and surface environmental hazards. PMC found no fatal flaws but made a number of recommendations for the development of the project, particularly with coal preparation.

Following the appointment of a non-mining CEO, PMC were contacted to provide technical support to bring an international perspective to the development of the embryonic company. John Warwick led a team to provide advice on a number of topics that the CEO requested on a call off basis. This support lasted for 12 months until the CEO had gained the technical working knowledge he needed to take the company forward.

MC Kolmar operates a number of open pit coal mining sites in Yakutia which they wanted to develop in a coordinated approach. The company formulated a phased business plan for these operations which was reviewed and optimized by PMC. The analysis focused on available resources and reserves, coal seam thicknesses and quality, mining equipment capacities, availabilities and planning, coal preparation and concluded with a full financial review.

PMC conducted a feasibility study for the first of MC Kolmar’s coking coal projects in Yakutia as a follow on from their initial fatal flaw analysis. Since the first study a geophysical survey had increased the understanding of the structural geology of the deposit, particularly faults which delimited mineable blocks.

A team of 8 consultants with supporting interpreters completed the study and report in a 4 month period, only made possible as an ESIA was already available. PMC modelled the geology and the mine plan, developed jointly with the Company specialists, to estimate JORC compliant resources and reserves.

Mining, infrastructure, surface layout, coal preparation, site services, coal storage, rail loading and dispatch designs and capacities were all developed by an integrated team from PMC and the Company to establish a feasible and optimized business plan for a 2.4 Mtpa coal operation conforming to the Russian Federation licensing and operational rules for coal mines. 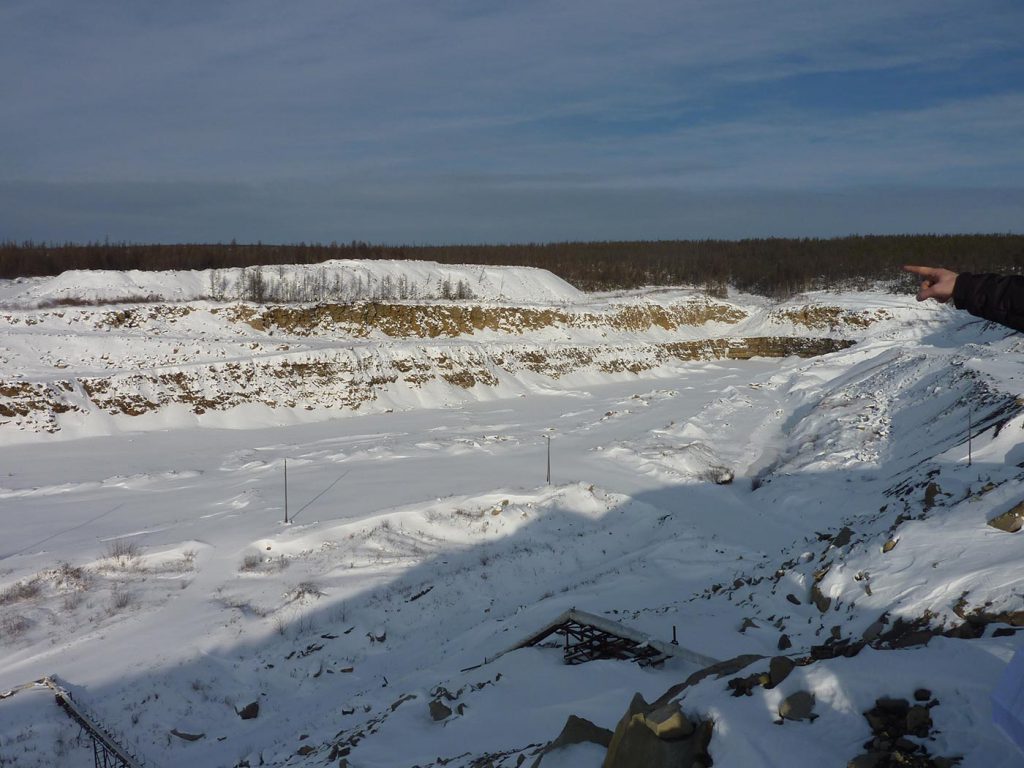 PMC conducted a feasibility study on the Inaglinsky coking coal deposit in southern Yakutia for MC Kolmar in 2014-15. A team of 11 specialists were involved covering all aspects of the FS including geology, mining, processing, mechanical and electrical engineering, infrastructure, ventilation, marketing and financials.

JORC compliant resources and reserves were estimated using a Micromine model which included exploration results from 1800 drillholes, captured from Russian hard copy data. Two potentially economic seams were identified with a seam width of 1.5-3.0 m and vertical separation of 25 m. The seams were tabular but occasionally deformed by faults marked by zones of weak ground and high water flow.

Longwall shearers and continuous miners were specified according to seam thickness and hardness and discussions with suppliers. Productivity for longwalls was based on international benchmarking from 27 mines in Australia and USA, whilst room and pillar productivity was based on Company experience.

PMC reviewed the historical reports on the Inaglinsky Mine covering issues such as water supply, power supply, mine ventilation, on and off site infrastructure and human resources.

The environmental impact of the proposed Inaglinsky Mine and CPP were found to be low. The ESIA did not identify any unmanageable environmental or social issues likely to prevent or delay the implementation of the Project.

PMC concluded that the capital cost of developing and equipping of an underground mine, construction of the CPP and coal handing facilities could be justified on the bais of the 30 years life of the Project.